Home > Economy > What is Inflation? – Causes and More
Economy

What is Inflation? – Causes and More

Inflation – You go to the supermarket and buy those products that are never lacking in your home. However, after two weeks, you see that the purchase amount has risen slightly when you do the same. For what is this? Next, we will tell you how Inflation is behind this situation.

The economy has been continuous since civilization began its first exchanges. Since then and to this day, new products and services are constantly emerging. The prices of which vary from one period to another. These goods can be acquired thanks to the official currencies of the different nations or supranational entities. For example, the euro in the European Union.

In this sense, all countries have different parameters with which to analyze the evolution of their economy. And the phenomena that occur in it. One of the most common is Inflation. That is, the general increase in prices causes a decrease in people’s purchasing power. Reducing their ability to buy and save.

each country has specific metrics. For example, in Spain, it is calculated through the Consumer Price Index (CPI). Which reflects the evolution of the prices of the most representative products and services consumed in the family units of the country. Here we would have those that we spend daily, for example, food; those that have a prolonged consumption, such as an appliance or clothing; and those services that we resort to in different situations, such as home insurance. There is also the Harmonized Consumer Price Index (IPCA). Which will allow a comparison to make with the rest of the countries of the European Union, as it is a standardized methodology based on the criteria of the European Central Bank.

If this index rises persistently, citizens will save less and purchase fewer goods and services for the same money, which means that the currency will lose value and uncertainty will create around it: we are facing an increase in Inflation. 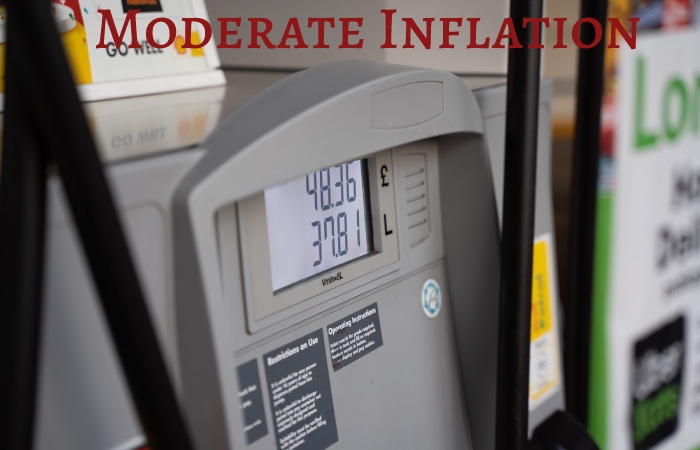 Among the origins of price variations, we can find some of the most frequent causes that intervene in the effect of Inflation. The most prominent is the imbalance between supply and demand because many consumers demand scarce goods.

However, the opposite situation must be given the same importance: excess supply is equally negative for a country since there is no demand to assume it. The opposite effect to Inflation produce: negative Inflation or deflation.

It may also be due to the increase in the costs that companies have – for example, due to the rise in prices such as electricity or logistics services – and that affects the amount at which they will offer their services afterwards. Or by the increase in money in circulation in a country. However, this last case must control since an imbalance could occur in the system if, even though there is money in the market, demand does not increase.

Once we have seen the causes that motivate the phenomenon of Inflation, we must know the degrees to which it can occur:

This is a slight increase in prices, which does not exceed 10% per year.

It has a very negative effect on a country’s economy as Inflation rises by double or triple digits on a year over year basis. By lowering the value of money, people focus primarily on necessities.

this last assumption indicates that a nation submerge in a serious economic crisis. According to Steve Hanke, a professor at Johns Hopkins University, in an interview with the BBC: “By convention, the economics profession accepts that hyperinflation exists when the rate of inflation exceeds 50% per month.” Consequently, the value of the currency plummets.

Why Does Inflation Affect the Economy of a Country?

Although Inflation is a popular term associated with negative effects. Some countries use it to balance their economy, stimulating activity and consumption. However, its management must be moderate and punctual because, otherwise, it could have serious consequences for the financial health of consumers and the states.

As we have mentioned, some of the most notable is the devaluation of the currency. The decrease in purchasing power and the saving capacity of households, and economic uncertainty.

Also Read: Biometrics, The Future of Security in Digital Banking?

Review What is Inflation? – Causes and More. Cancel reply

How to Take Advantage of Electronic Wallets?

Biometrics, The Future of Security in Digital Banking?

In PC World, 5 months ago
Economy

Theindiantricks – How to Get More Social Media Followers

In PC World, 2 months ago
Economy

In PC World, 5 months ago
Economy

In PC World, 1 month ago
Economy

How To Backup Whatsapp On iPhone