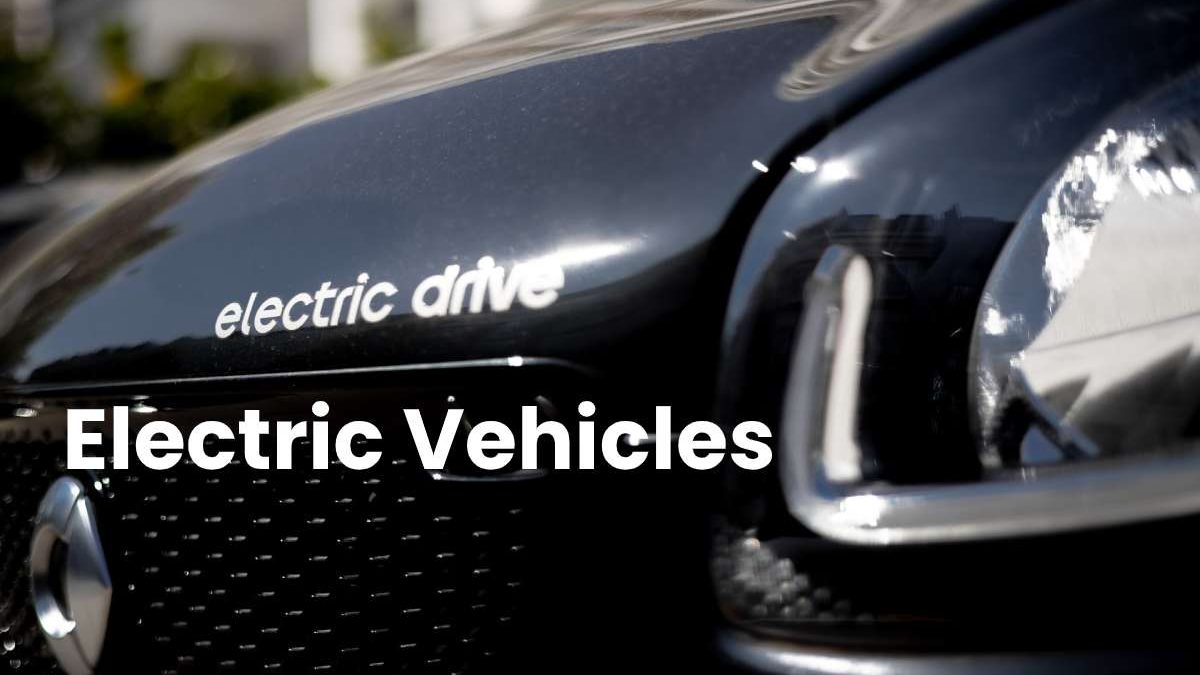 Electric Vehicles are not just the wave of the future; they are saving lives today.

1. Electric vehicles now include cars, transit buses, trucks of all sizes, and even big-rig tractor-trailers that are partially powered by electricity.

It’s more than just passenger cars now — from New York to Mississippi, you may find yourself on a quiet, zipping electric transit bus. Angelenos will welcome the first electric fire truck in the nation in 2021 — and in the coming years, electric sanitation trucks will be quietly gliding through neighbourhoods to pick up garbage and recycling. In addition, more electric trucks will be delivering packages from warehouses to homes, air pollution-free.

2. Electric vehicles are saving the climate — and our lives. Here’s how.

To solve the climate crisis, we need to make the vehicles on our roads as clean as possible. We have only a decade left to change the way we use energy to avoid the worst impacts of climate change.

Emissions from cars and trucks are harmful to our planet; they’re bad for our health. Air pollutants from gasoline- and diesel-powered vehicles cause asthma, bronchitis, cancer, and premature death.

The long-term health impacts of localized air pollution last a lifetime, with the effects borne out in asthma attacks, lung damage, and heart conditions.

As the COVID-19 pandemic — a respiratory disease — continues to spread, a study by Harvard University found “a striking association between long-term exposure to harmful fine particulate matter and COVID-19 mortality in the United States,” explains a staff scientist at Earthjustice’s Toxic Exposure & Health Program. One of the primary causes of fine particulate matter pollution (PM2.5) is combustion from gasoline and diesel car engines.

An earlier study by Duke University underscored the health costs: each gallon of gasoline purchased at the gas station carries with it up to $3.80 in health and environmental costs. The diesel in big rigs and farm equipment is worse, with an additional $4.80 in social costs per gallon to our health and climate.

3. Electric vehicles have a smaller carbon footprint than gasoline-powered cars, no matter where your electricity comes from.

The electricity that charges and fuels battery-electric and plug-in hybrid vehicles come from power grids, which rely on various sources — from fossil fuels to clean renewable energy.

Energy grids can vary from one state to another, which means that the carbon footprint of driving an electric vehicle ranges depending on its electricity source.

Earthjustice attorneys are working across the country to bring 100% clean energy, but on our way there (consumption of renewable energy recently surpassed coal), a portion of the electricity in this country will continue to generate by burning fossil fuels.

The excellent news? Because electric vehicles are more efficient in converting energy to power cars and trucks, electricity across the board is cleaner and cheaper as a fuel for vehicles, even when that electricity comes from the dirtiest grid.

Running electric or hybrid cars on the grid in any state has lower greenhouse gas emissions than gasoline-powered cars, as revealed in a study by experts at the Union of Concerned Scientists. And as states clean up their energy grids, the benefits of electric vehicles become stronger.

Try out their “How Clean is Your Electric Vehicle?” online tool to see how electric vehicle emissions measure up where you live. Get a personalized report on how much carbon pollution you save by going electric, based on your ZIP code and electric vehicle make/model.

4. Electric cars are better for the climate throughout their entire lifetime.

In the manufacturing process, electric vehicles will produce more global warming emissions than the average gasoline vehicle because electric cars’ large lithium-ion batteries require a lot of materials and energy to build. (For example, manufacturing a mid-sized electric car with an 84-mile range results in 15% more emissions.)

However, once the vehicles get on the road, it’s a whole different energy story.

Electric vehicles make up for their higher manufacturing emissions within, at most, eighteen months of driving — and continue to outperform gasoline cars until the end of their lives

The average electric car on the road today has the same greenhouse-gas emissions as a car getting 88 miles per gallon — which is far greater than the average new gasoline-powered car (31 mpg) or truck (21 mpg), according to an analysis by the Union of Concerned Scientists.

5. Electric vehicles can charge up at home, at work, while you’re at the store. 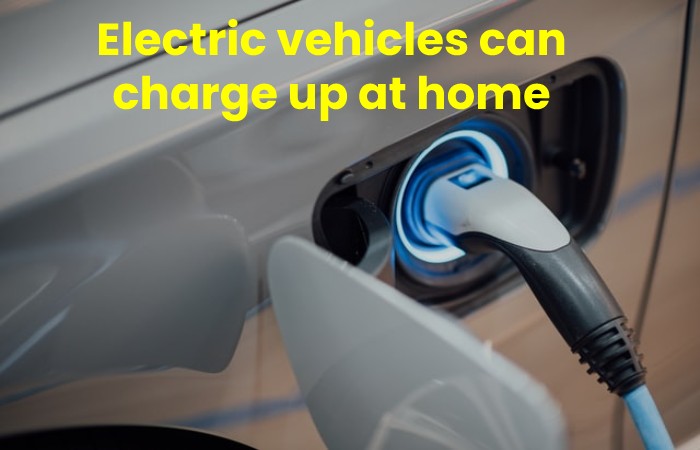 One advantage of electric vehicles is that many can recharge wherever they make their home, whether that’s your home or a bus terminal. In addition, it causes electric cars a good solution for truck and bus fleets that return regularly to a central depot or yard.

As more electric vehicles hit the market and use more broadly, new recharging solutions — including adding more public charging locations in shopping centres, parking garages, and workplaces — will be required for people and businesses without the same access at home.

“Having dependable charging at work let me buy a plug-in hybrid car without hesitating,” Ari Weinstein, a research scientist, shared with Sara Gersen, an Earthjustice attorney and clean energy expert. Weinstein is a renter who has limited options to charge at home.

“The opportunity to drive an electric car shouldn’t be limited to people. Who own a home with a garage,” explains Gersen.

“Workplace charging is one key element of democratizing access to electric cars. And we need to move aggressively if we are going to meet this challenge. Electric utilities have a big role to play.”

6. Planning now by states and utilities to build infrastructure for charging electric vehicles will go a long way.

Figuring out how to charge these vehicles will become an increasingly important problem to tackle.

Utilities in California are investing more than $1 billion to build the charging. Infrastructure necessary for electric cars, trucks, and buses throughout the state. These kinds of infrastructure investments will become increasingly important for public transit agencies, businesses, and people. Who want to purchase an electric car but cannot install a charger at home.

“The federal government isn’t working on a national solution. For charging the country’s electric vehicles.” Explains a senior attorney at Earth justice’s Right to Zero campaign. Who has advocated for electrification infrastructure in California. “Which means that it’s up to each state to take a hard look at its grid. And figure out an electric vehicle charging plan for its turf.”

7. Transit buses, that reliable fixture rumbling through our towns and cities, maybe the key to the electric vehicle revolution.

However, buses are the workhorse of our transit system, providing affordable transportation to anyone and everyone. They are a cornerstone of daily life in many cities. Making them essential to getting big electric vehicles into the broader transportation market.

By 2040, every bus you ride on or wave to in California will be a quiet, clean electric bus.

8. Electric trucks — delivering goods from warehouses to homes — can make a big, clean difference. We need more of them.

Therefore, While diesel and gas trucks only make up a small portion of the vehicles on our roads and highways. They generate massive amounts of climate and air pollution. In the most impacted communities, these trucks create diesel “death zones” with more severe respiratory and heart problems.

In California, gas and diesel trucks are responsible for nearly half of the transportation-related air pollution in the state. Even though they vastly outnumber cars in the state.

Today, there are 70 different types of zero-emission trucks on the market. California, in particular, has become an essential base for designing and manufacturing big electric vehicles. Therefore, like buses with companies like Proterra and Build Your Dreams in the state.

However, it is now time for major manufacturers to start producing electric trucks on a larger scale. And also, communities across California successfully fought for a solid electric trucks rule —. Therefore, the first protection of its kind in the country —. However, to require truck makers to sell a certain percentage of zero-emission trucks starting in 2024.

Also Read: Elon Musk Releases a Premium Version of Starlink. How Does it Work?

In PC World, 7 months ago
Technology

In PC World, 3 months ago
Technology